Black Lives Matter. Those words are not just important for white people to say, but to also mean it when they say it.  And in order to mean it, they must understand why it is so important.

To start, let’s get a little perspective. Americans who have been unable to operate their businesses for the past 10 weeks because the government shut them down have all gotten a taste of what oppression looks and feels like. During this time, powerful businesses like Walmart and Home Depot have continued to operate and remain profitable, while many smaller businesses have not been permitted to operate. This has, understandably, caused those small businesses to grow angry to the point of rage as they watch their ability to remain competitive and provide for their families erode each day. Now just imagine if those businesses were not permitted to open for 200 years, all the while watching Walmart and Home Depot continue to just get bigger and more prosperous. Then, one day, the government released the restrictions and, without providing those small businesses any resources, told them to go compete in a world that had now been created by Walmart and Home Depot. As business people we fully understand how absurd and impossible a task this would be, yet that scenario is the history of black Americans.

Of course, there is no dispute that all lives matter, but as any skilled negotiator will tell you, the best way to start a difficult discussion is with empathy, something that cannot be obtained when you add excuses or qualifiers to a statement. For hundreds of years, black slaves were forced to build this country’s infrastructure and economy without receiving any economic benefit. During that time, they were not allowed to be formally educated and could not own land or any personal property, losing the ability to build any wealth.  Even when slavery “ended” the result never really did; instead, it morphed into things like an unsustainable minimum wage and Section 8 housing projects. Incredibly, relief the black community has received in the form of civil rights and affirmative action laws needed to be “debated” over the years by white people before they were passed, and sometimes had to be redone because the Supreme Court overturned them, causing more decades to be lost in the quest for black equality. These are facts and a perspective that all white people need to accept, uncomfortable as they may be, if we are going to add anything to the discussion.

So, I say with sincerity that Black Lives Matter. Saying that does not mean that I do not support law enforcement; I served my country and I stand fully with and behind all honest law enforcement officers who put their lives at risk every day for our well-being and safety. It also does not mean that I condone the violence that rioters are causing; I am sickened by these scenes and am infuriated that bad people use legitimate protests as opportunities to commit crimes and destroy communities.  But it does mean that I am open to trying to more deeply understand an issue that has caused the deepest stain on a country I love. God bless and help America, now more than ever.

Dishing on Bill O’Reilly, the Boy Scouts and my week…

The Invisible Hand of Capitalism 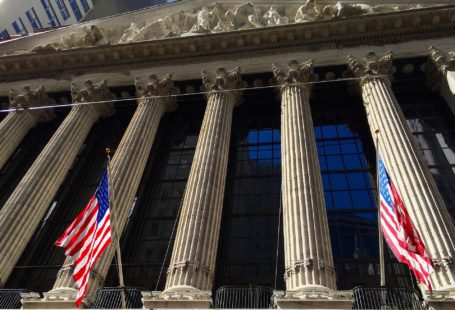