Her Majesty of the Law

Her Majesty of the Law.  It is rare, particularly in today’s world, to find a person who possesses and uses their superior intellect to achieve world-renowned fame, and then readily and unceremoniously gives it all up for love.  Justice Sandra Day O’Connor is one of these very special people.

O’Connor’s story is quite remarkable. Born in El Paso, she was raised in Arizona on the Lazy B Ranch, a 250-square mile plot of desert along the New Mexico border. She grew up and continued to describe herself later in life as a cowgirl, a lifestyle that taught her lessons in “planning, patience, skill and endurance.” She demonstrated these valuable lessons when she left Arizona to attend Stanford Law School, where she finished third in her class and met her future husband, John, graduating in 1952 (a time when women were not welcome in law schools). After law school, the O’Connors eventually settled in Phoenix and raised three sons. She initially had difficulty finding a job in the legal field due to her gender, but soon began to practice public sector law and get involved in local politics. In 1969 she was appointed to a vacant seat on the Arizona State Senate, was reelected twice, and ultimately became the first woman in Arizona to rise to the rank of Senate majority leader. From there she moved on to the state’s Court of Appeals and seemed content to finish up her career in that spot.

Her world (and ours) would change dramatically in 1981 when President Ronald Reagan nominated her to become the first female Justice of the United States Supreme Court; she was unanimously confirmed by the Senate. For the next 25 years she would serve as the deciding vote on cases involving numerous social issues, but her minimalist and moderate opinions always placed her squarely in the middle of a sharply divided court. This critical swing position made her the most powerful woman in the country and likely the world, a position she held with humility and dignity, stating recently that “as a young cowgirl from the Arizona desert I never could have imagined that one day I would become the first woman justice on the U.S. Supreme Court.”

She was just 75 years young when she voluntarily gave up this job she loved very much, along with all its power and perks, to care for and comfort her husband, who was suffering from Alzheimer’s disease. By all accounts she handled that new role with grace and good humor, even when she learned that her husband had forgotten who she was and had started a romantic relationship with another woman in the assisted living facility where he resided. According to reports, she would visit the new couple while they held hands on the porch and she would beam with relief that her husband of 55 years was at peace. He died in 2009, three years after her retirement.

After losing her husband, Justice O’Connor continued to work to advance social issues, particularly civility, by starting an organization called iCivics whose mission is to help teach the core principles of civics and democracy to middle and high school students via free online games and curriculum. The issue of civility was a theme that resonated throughout her entire career, as many of her former law clerks describe her as always urging them to “learn to disagree agreeably.” Throughout her retirement, she has been openly critical of the lack of civility that has permeated our public discourse.

Sadly, Justice O’Connor disclosed in a recent letter that she too has been diagnosed with the beginning stages of dementia, most likely Alzheimer’s disease, and therefore will be stepping away from public life. For me, words can’t describe how monumental a loss this is for America. In today’s polarized political climate, everything – including the Supreme Court – has become fair game for politicians on both sides to exploit and politicize for their own purposes. Justice O’Connor’s trailblazing career as the first female Justice of the Supreme Court, her laser focus on civility, and her deeply personal decision to hang up her robe to care for her beloved spouse serves as a reminder of what real leadership looks like. It strikes me as unbelievably unfair and ironic that such a brilliant mind is being ravaged by such a cruel disease. In her trademark trailblazing way, Justice O’Connor may be stepping away from public life but is continuing to serve the public by drawing attention (and hopefully much-needed funds) to a devastating diagnosis. Thank you, Sandra Day O’Connor. The world will always be a much better place because of you. 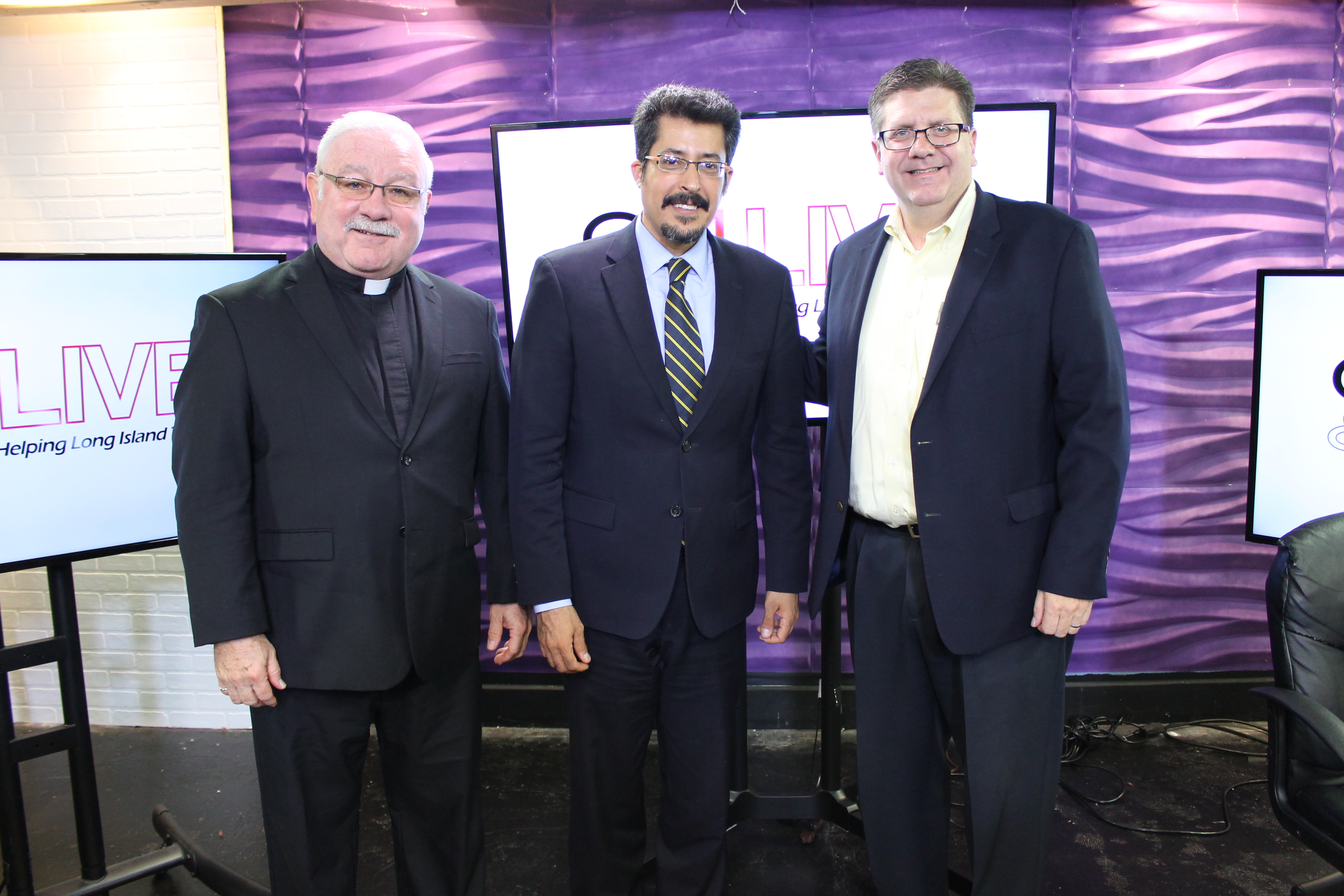 Bringing Us Together – Back in August when we arranged for Rabbi Gadi Capela and Father Roy Tvrdik of Project Genesis to join us on this week’s episode of CMM Live, we had no idea how poignant the timing would be, given the tragedy that unfolded in Pittsburgh last weekend.

This past Saturday, we were reminded that evil is among us, showing its face in the form of anti-Semitism as 11 defenseless and innocent people were murdered. Their only crime was being in a house of worship. In the face of such evil, and in today’s divided world, we need to focus on our commonality and our humanity – not what sets us apart

It was therefore incredibly meaningful to have Rabbi Gadi and Father Roy share an inside look at their work with Project Genesis, a Jewish-Christian learning program that invites Christians and Jews to learn about the common roots of their faith and heritage, building bridges between the communities. The learning process is accomplished through interfaith lectures and pilgrimage experiences. Whether or not you consider yourself a religious or spiritual person, I encourage you to watch the interview here. I think we can all find meaning in their critical work.

American Hero – A shout-out to my friend Steve Tambone, Financial Advisor with Morgan Stanley, for inviting me to meet Sergeant Dakota Meyer. Sgt. Meyer is a Congressional Medal of Honor recipient with an inspiring story that serves as life lesson for all of us about the meaning of leadership. Learn more about his amazing story here.

Wining & Dining – I enjoyed a terrific evening at the Westhampton home of my friend Steve Costello, who hosted a wine tasting and delicious dinner for some East End friends to celebrate the arrival of fall. The night featured an impressive wine cellar, great food and conversation, and many interesting wines to sample. Always great to catch up with good friends! 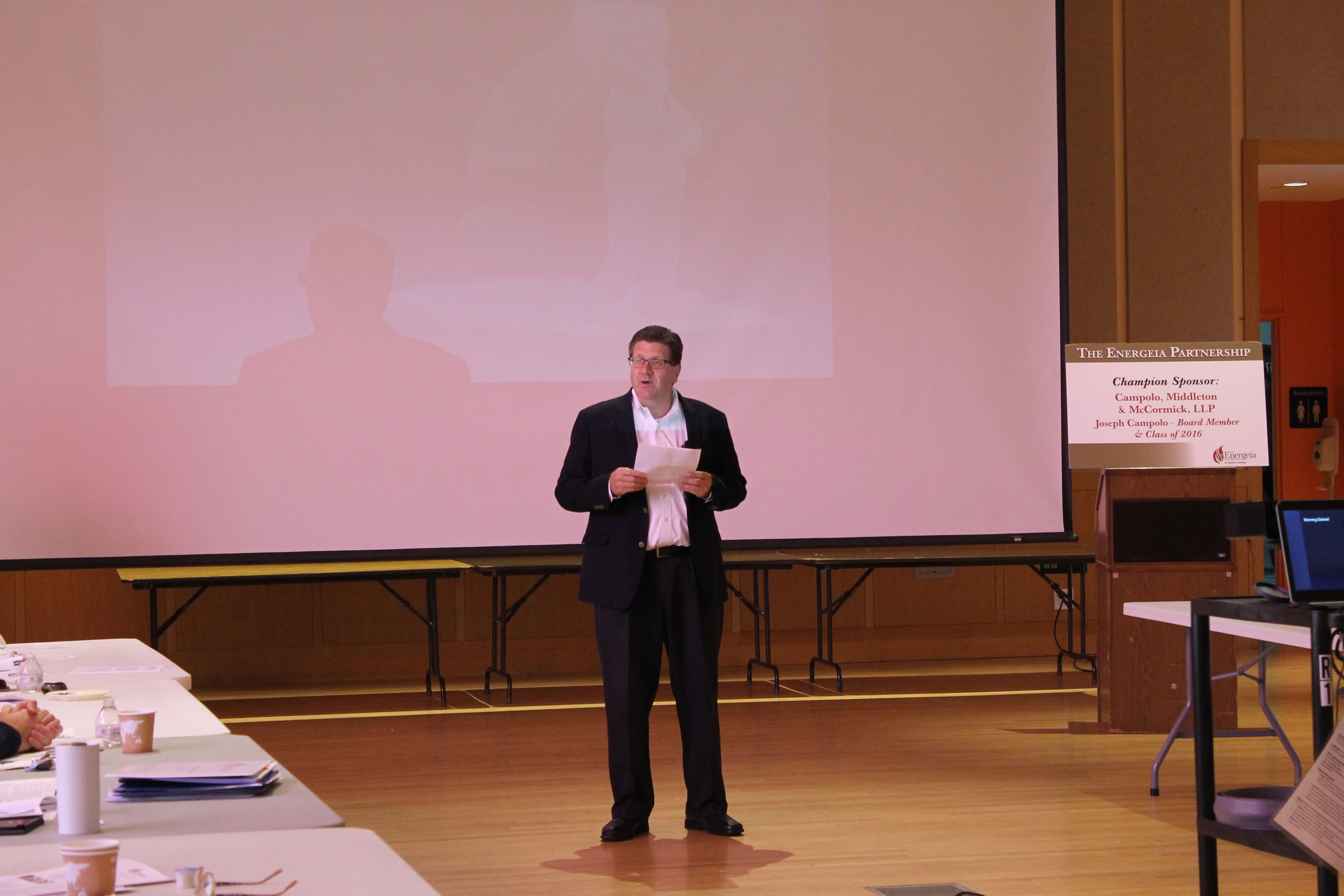 Energeia – As a member of the Energeia Class of 2016, I was proud to speak at Energeia’s Institutional Racism workshop on October 17 about my personal experience with the program. Energeia is truly a terrific path to help Long Island leaders become more thoughtful about different perspectives before making decisions that impact people and society at large. I spoke about how Energeia helped empower me to take a leadership role in helping to solve critical problems facing Long Island, because it’s going to take private business – not government – working together to find solutions.

Legislative Breakfast – The Hauppauge Industrial Park is more than just a random collection of buildings – it’s a living, breathing business ecosystem, and HIA-LI takes its role as steward very seriously. So at the end of last month, HIA-LI President Terri Alessi-Miceli and our Board of Directors hosted a Legislative Breakfast to educate our elected officials about HIA-LI’s tireless work to grow the Long Island economy and share the incredible progress we’ve made. I spoke about the multitude of projects in the works to attract investment in the Park, Scott Maskin of SUNation spoke about our new solar initiative, and Rita DiStefano of Portnoy, Messinger, Pearl & Associates addressed the success of the Small Business Task Force. We’re just getting started! 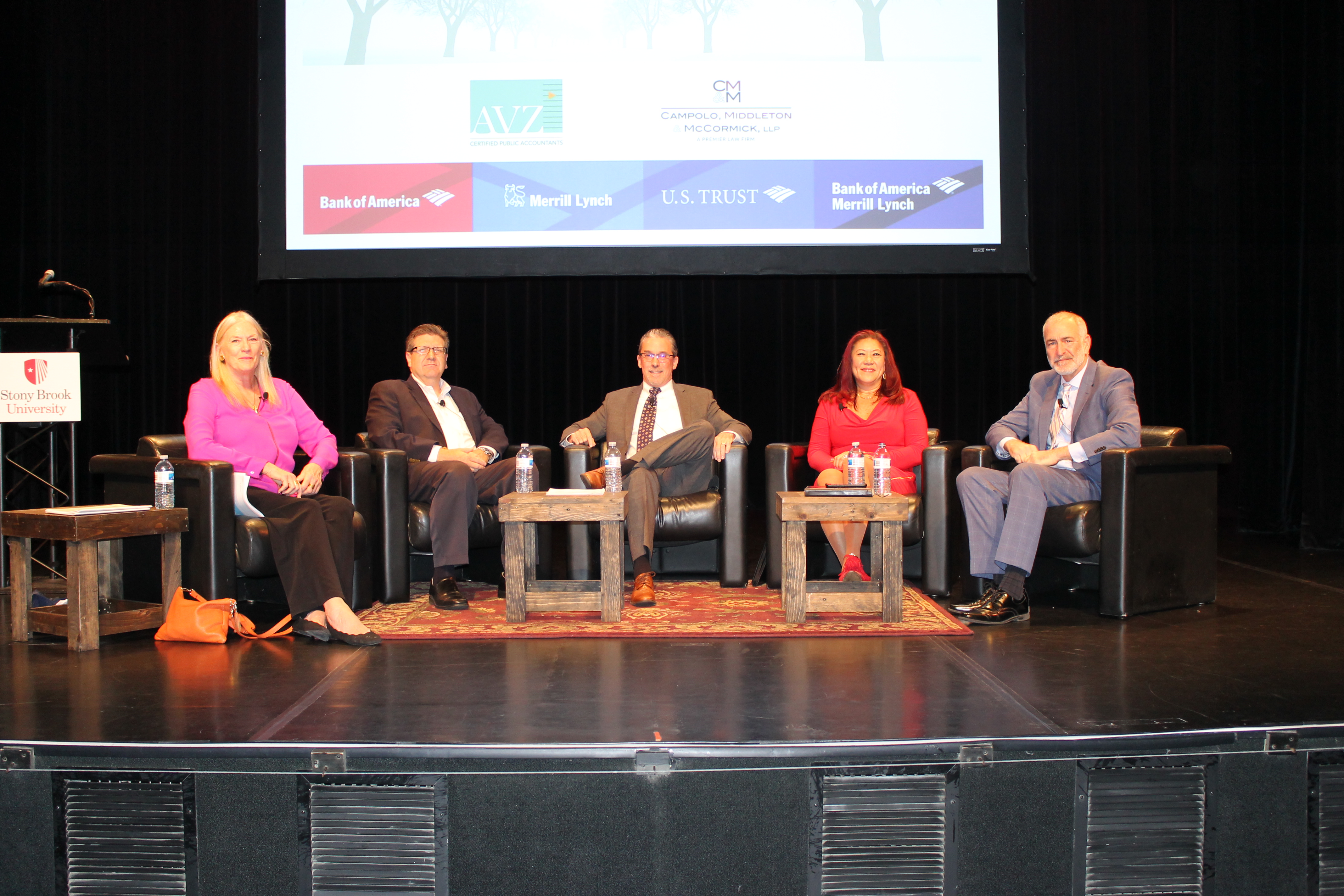 Owner’s Journey – Thanks to my friend Bob Isaksen of Bank of America for connecting me with The Owner’s Journey event at the Stony Brook Wang Center last week. I was happy to participate in a panel discussion focusing on the many sides of the M&A process, including the legal (and emotional!) issues surrounding the sale or transition of a business. I made some terrific connections and enjoyed learning from my fellow panelists.

Training Day – I couldn’t think of a better way to kick off the grand opening of our brand-new state-of-the-art training classroom than to host the HIA-LI Manufacturing Committee meeting last Wednesday morning featuring a terrific panel on the topic “Let’s Get Ready for 2019!” I enjoyed sharing some remarks on HIA-LI’s projects that will come to fruition in 2019, and I was thrilled to receive such wonderful feedback on our new training space. It features a built-in projector, 119-inch screen, lapel and handheld microphones, digital signage, surround sound speakers, videoconferencing, and more. We created it as a resource for the Long Island business community, so come on by to check it out! 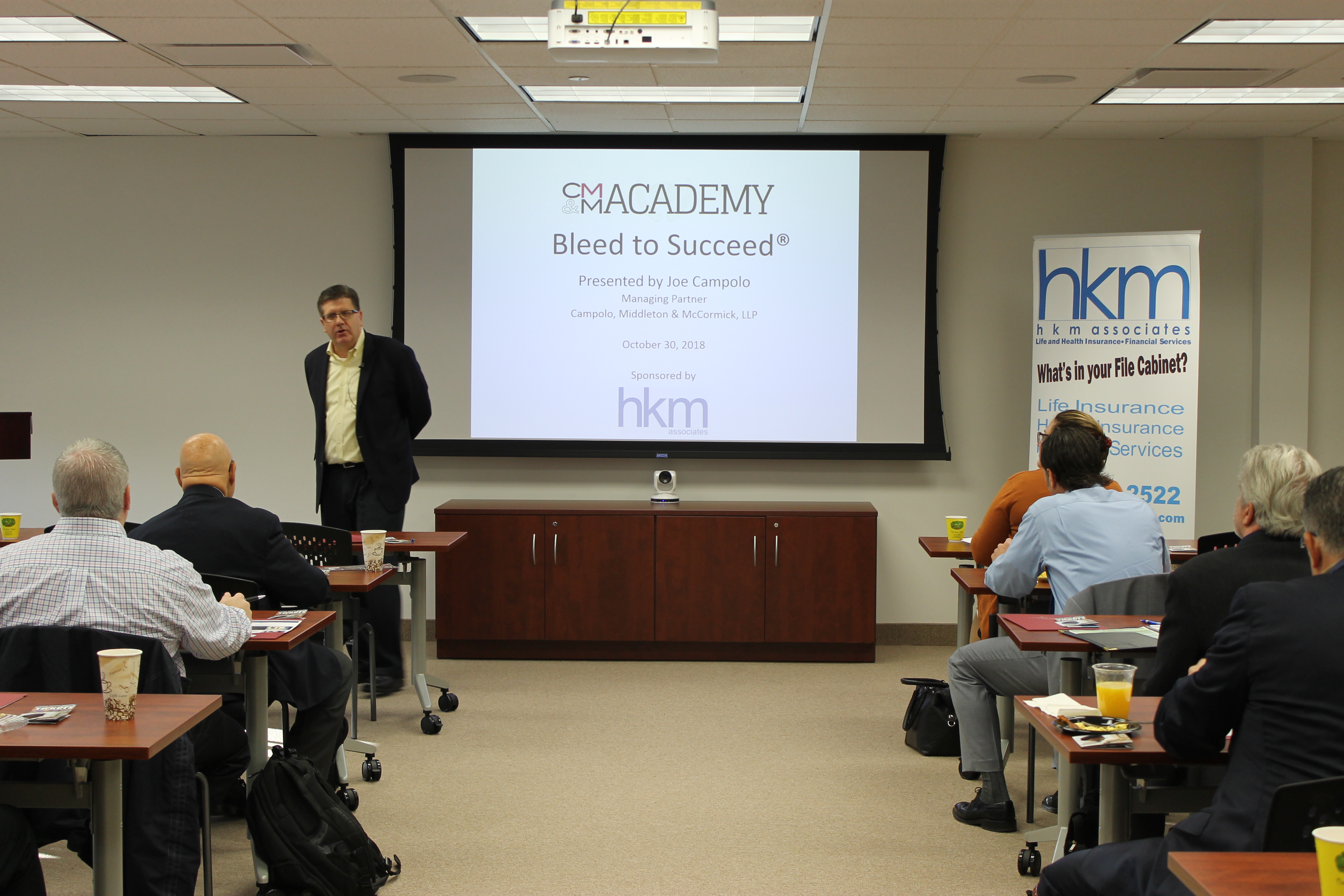 Bleed to Succeed – I had the pleasure of presenting “Bleed to Succeed”® in our training room this past Tuesday as a formal kickoff to CMM Academy, a series of practical and relevant programs we’ve launched for the business community. I’ve really been looking forward to welcoming my fellow business leaders into a more intimate setting for networking and conversation, and this event exceeded my expectations. If you missed it, please join us for our next program, “Winning: What Would Jack Welch Think of Your Management Style?” on November 29. I’ll be taking a deep-dive into Welch’s legendary management style and sharing my thoughts on how you can incorporate these lessons into your own organization. Please register here. 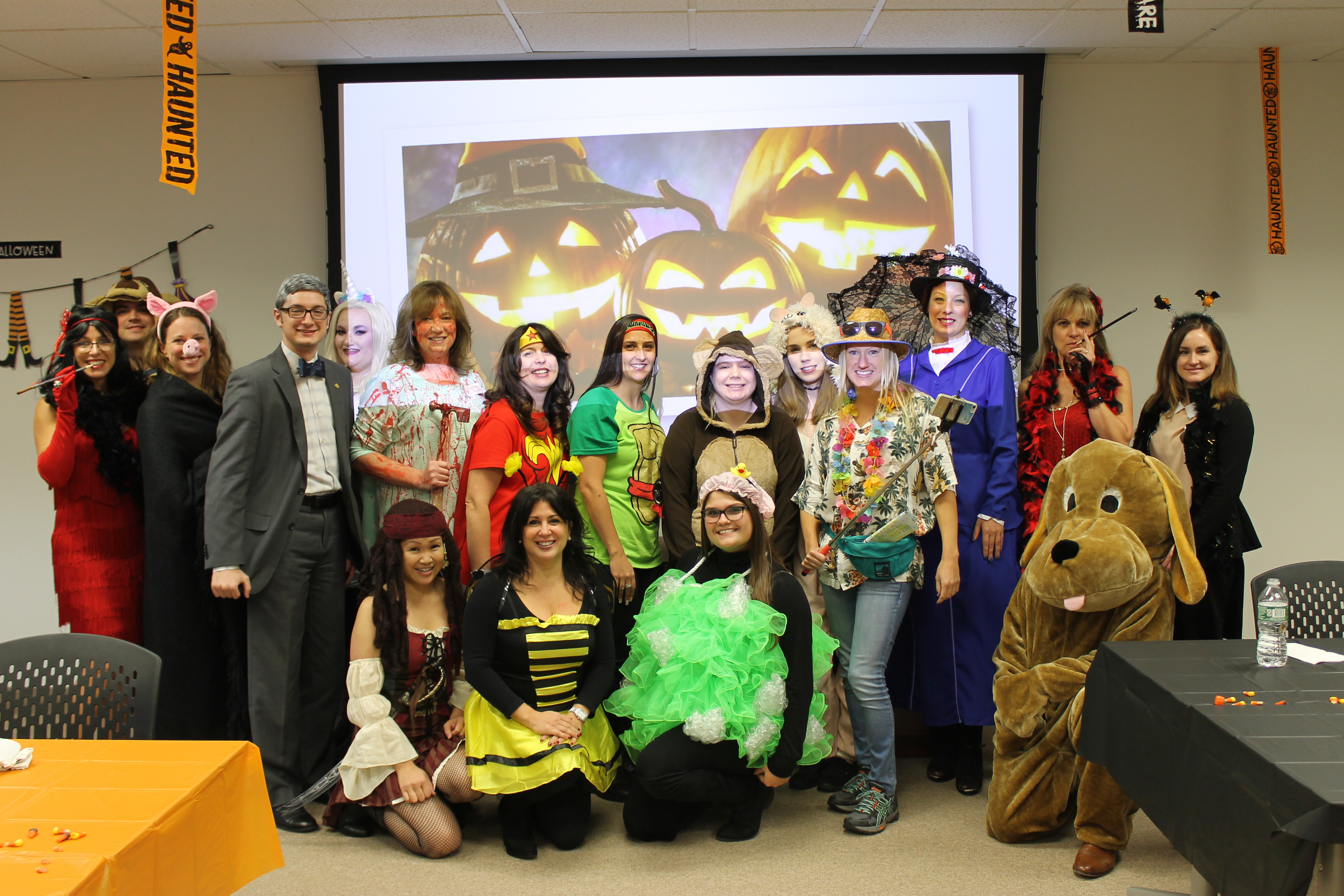 Monster Mash – Celebrating Halloween with a costume contest is a CMM tradition, and this year didn’t disappoint! We enjoyed delicious lunch and an ice cream sundae bar from The Sexy Salad, stuffed ourselves with spooky homemade treats, and crowned IT Manager Jennifer Albrecht as Mary Poppins the winning costume (beating out a pair of flappers, a flailing arm tube guy typically found outside the local car dealership, and even an impersonation of my partner Patrick McCormick). Hope you found some goodies in your kids’ trick-or-treat bags.

Veterans Day Keynote – As a U.S. Marine and Stony Brook alum, I’m humbled to have been asked to deliver the keynote address at the university’s Veterans Day ceremony next Wednesday, November 7. I believe the business community has an obligation to support our veterans, who have made so many sacrifices to keep our nation safe. The ceremony and reception are open to the public. Learn more here – I hope to see you there.

CMM Live: Bringing Us Together with Father Roy Tvrdik and Rabbi Gadi Capela