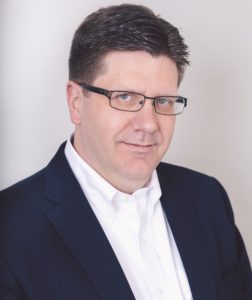 Joe Campolo is a lawyer, writer, speaker, philanthropist, and veteran who believes that approaching life with passion is the only way to make a lasting impact.

Joe serves as the Managing Partner of Campolo, Middleton & McCormick, LLP, a Forbes Top Corporate Law Firm in America. He is also Chairman of Protegrity Advisors, a leading M&A advisory and business valuation firm and Moving Forward Strategies, a personal and professional leadership training academy. As Chairman, Joe ensures that these companies, which he started or acquired, provide the same quality of services that the business community has come to expect from CMM.

Joe’s discipline, direction, and focus have made Campolo, Middleton & McCormick the fastest-growing law firm in Long Island history, rapidly expanding in size and influence. Joe has been named the Best Lawyer on Long Island multiple years in a row and is described by the press as “fearless.” Recognized as a “Long Island Icon” and a leading authority on negotiation, Joe was inducted into the prestigious Long Island Business Hall of Fame in recognition of his influential leadership.

In addition to growing his own businesses, Joe has kept an unyielding focus on growing the Long Island economy and investing in the community because he knows that good business is good for everyone. His insight and no-fear attitude have led to some of the most significant economic initiatives on Long Island today, including spearheading the studies that made the newly renamed Long Island Innovation Park at Hauppauge a household name for its role as the most powerful economic engine on Long Island. As Chairman of the HIA-LI Board of Directors, Joe secured crucial public and private investment in the Park – the anchor of Long Island’s tradable economy.

Joe served honorably in the United States Marine Corps. He is a member of St. George’s Golf & Country Club in Stony Brook and is an Executive Producer of Tribute, an award-winning short film.

Joe lives in Stony Brook, New York with his wife, Alyson, his daughter, Katharine, and their cat, Molly.