Thank you all for joining us here today.  We are all here to celebrate the best and the brightest that Long Island has to offer, a distinction that becomes even more remarkable when you realize what a powerful economic engine Long Island is.

According to a May 2019 report from the Office of the New York State Comptroller, Long Island is home to 2.8 million people. Between 2009 and the end of 2018, we added 115,400 jobs, to reach a record number of 1.3 million jobs. The unemployment rate on Long Island during that period fell from 7.5% in 2010 to currently 3.7%. With all those jobs, Long Island boasts the second highest average wage in the state (the highest is Manhattan) of just over $60,000 per worker. The median household income was $105,000 for Nassau County, and $93,000 for Suffolk – much higher than the state median of $62,000 for household income. On Long Island the home ownership rate is 72%, compared with 48% for the rest of the state. And the value of our homes averages $460,000 for Nassau and $379,000 for Suffolk, which is significantly higher than the state median of $293,000.  Understanding this helps us realize the tremendous accomplishment of these companies being recognized today, and I ask that we give a round of applause to celebrate all the winners and finalists for helping all Long Islanders achieve this prosperity.

I would also be remiss if I didn’t recognize our host of this great event, our beloved HIA-LI, for its critical role in helping shape this great Island’s powerhouse economy. For 41 years the HIA-LI and its staff, board members, and committee volunteers have been a fierce advocate for all Long Island’s businesses and has served as a steward and protector of our great Park. So could we please give Terri, her amazing staff, our incredible board members, and committee volunteers another round of applause.

Renamed this year as the Long Island Innovation Park at Hauppauge, our Park contains almost 1,400 amazing businesses, which provide jobs to one in 20 Long Islanders. The economic output of the Park over the past few years has been well documented and discussed, as has the fact that it is the second largest industrial park in the country, the first being Silicon Valley. These facts attracted the interest of our great friends at the Suffolk IDA who, along with the RPA, commissioned an Opportunity Analysis to do a deeper dive into the businesses that reside in the Park and come up with initiatives to further anchor the Park to Long Island’s revitalized economy. In April of this year, after an almost year-long process, the IDA released the more than 160-page report, and the conclusions were staggering – in addition to verifying the prior economic analysis that had been conducted on the Park, this report also found that the Park has the largest concentration of tradable businesses not only on Long Island, but also is a full 20% above the national average for tradable business clusters.

Now, if you’re like me, you may not immediately realize why this is so monumental a statistic. Prior to this report I had not ever understood or focused on what a tradable business was. It turns out, however, that to a region’s economy it is a very big deal, and so we should all understand its significance. You see, every ecosystem must include non-tradable businesses – these are the things that directly support the personal needs of the neighborhood in which the business is located and its citizens. Thus, every community will have barbers, gas stations, delis, laundromats, 7-11s, etc. And while these businesses play an important role, they typically employ local people who do not require enhanced skills and who on average receive lower wages. These businesses are also fully dependent on the immediate residents of that location to consume their goods or services; there is simply not a synergy of either workers or customers who are going to commute a great deal for them.

High performing ecosystems, however, will also include a mix of tradable businesses, which are the businesses that are not dependent on customers from their immediate neighborhoods to thrive – these industries include things like aerospace, biopharma, manufacturing, IT, and others who have chosen to be there for reasons other than direct access to customers. These businesses enhance any community they are in because they vastly increase the local tax base by paying higher wages, which not only helps the government but also greatly stimulates the local non-tradable economy – in fact, this was the tragic effect when Amazon chose not to relocate to Long Island City. It not only hurt the government’s pocket, but also the local non-tradable economy by not allowing newly high-paid consumers to be located there. Tradable industries also attract skilled works to relocate here from other states and municipalities, which also greatly helps grow our tax base without having to continue to raise taxes. An ecosystem with too few tradable ones suffers greatly because it finds itself simply recirculating dollars rather than growing the pie – an economy with no tradable businesses will collapse, as we saw with Detroit and Flint, Michigan.

Thus, it is imperative for sustained prosperity to cultivate and grow the number of tradable businesses in any region, causing us to look at why some areas are better than others at attracting and retaining these businesses.   And as I mentioned earlier, the recent study has shown that while the national average for tradable business clusters is 38%, that percentage is much higher – 58% – in the Park.  Having realized this staggering disparity, a large part of the investigation into the report focused on the “why” – why is this little 11-square-mile tract of land in the middle of Long Island such a hotbed for tradable industries, and the answer, almost uniformly, was that it was due to the ability for those businesses to have access to a highly skilled workforce.

Understanding all that, we now know how critical to Long Island it is to maintain, if not grow, this high percentage of tradable business in the Park, for to lose them would be catastrophic. Unlike non-tradable businesses, tradable businesses are our only way to attract and keep the recent grads of our own educational organizations, who are all too often lured away by the glitz of NYC or Silicon Valley. This is the key, as these jobs will pay them adequate wages so they can buy our homes, afford the taxes and enjoy the higher-end amenities Long Island is known for. Thus, the Opportunity Analysis set forth a very detailed action plan of ways for all stakeholders – private business, government, education, and the HIA-LI – to partner together to make sure that we keep this vitality alive in our Park and on Long Island.

I am proud to report that immediately following the Opportunity Analysis, the HIA-LI commissioned a Task Force comprised of Board members who are leaders in their respective fields to ensure that this critical initiative moves forward. As is typical with the HIA-LI, we have fully embraced this, have rolled up our sleeves, and are getting things done. Most recently, the action item of exploring the possibility of a workforce development center to be created in the park was presented to the Long Island Regional Planning Council, which, after testimony, declared this project one of regional significance and issued a grant to further develop the workforce initiative. We are very thankful for that support, and that initiative is moving forward as we speak.

We are also working very hard to move forward other initiatives the report identified as critical, such as a greenway connection throughout the park, creating innovation nodes, and enhancing work-life culture. And while this is long and daunting road, our resolve is fierce and our efforts are relentless to move this initiative forward, as we all simply have too much riding on it.

In closing, I would like to say that in addition to the amazing businesses that we have here, none of this would be possible if it were not for the support, cooperation and partnership with our elected officials. During this process I have learned that not only is Long Island a national treasure, but we are a national model for how business and government should partner, and how bipartisan cooperation and support, rather than cheap tweets or insults, is how we on Long Island operate and get things done. During this entire process there has been nothing but interest in helping on all levels, particularly from the Towns of Smithtown and Islip and the County of Suffolk.  Never once did I hear any political issue or ramification be discussed – only a true desire to help make our economy as robust as possible.  In today’s world, this is a huge accomplishment and something we as Long Islanders should all be aware of and proud of.

Master the Emotion and Psychology of Negotiation 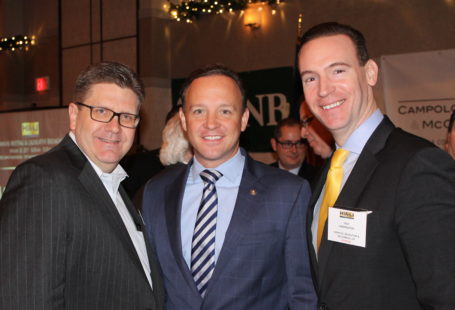 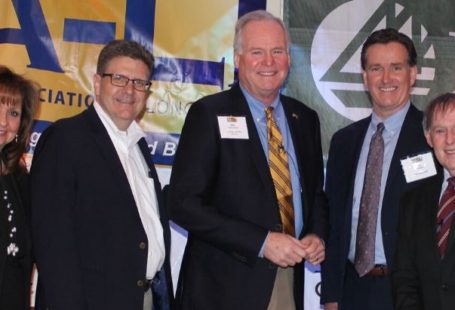