On Barbara Bush – I had the opportunity to meet Barbara Bush, along with her husband George H.W. Bush, aboard a Valentine’s Day cruise in February 1993, right after Bush had lost the election to Bill Clinton. I recall it as sort of a magical moment in my life, as I had served in the Marines under President Reagan and Vice President Bush and considered them to be American heroes. Her husband was the first President I ever voted for, and in part my vote had to do with her as much as him, as I always viewed them together as a true partnership, one in which she willingly and happily took care of him and held her family together while he devoted himself to a life of public service.  I saw real evidence of this partnership when I met them.

I first saw them as I was waiting for the elevator to open on the way to our room. We had been alerted that the former President and Mrs. Bush were on board the ship, but didn’t really have any hope to meet them. Yet, once the elevator doors opened there they were, real as could be. The President, understandably, looked incredibly tired and sad. He seemed barely able (or willing) to muster up some words for the few of us standing there, but then Mrs. Bush appeared from behind him – she was vibrant and energetic – and pushed the President to greet us all, and she thanked us all herself for our well wishes.

I saw the Bushes again a few hours later; this time, about 100 people had gathered around them on one of the decks. The President still looked sad, but again there was Mrs. Bush behind him, prodding him to interact with the crowd. I remember they were holding hands, and I watched as she nudged him into the crowd (the way a mother bird would nudge a baby out of the nest), let go of his hand, and then walked to the outside fringe of the group so her husband could take center stage. At that point we walked over to her and introduced ourselves, thanked her for her service, and asked how the President was doing. She said he was doing great, and that it had been her idea for them to take the cruise in the hopes that they could get some rest and that the President could start to decompress. All the while, I noticed, she never took her eye off him.

The next and final time I interacted with the Bushes was at dinner that night. They were announced and entered the room to a standing ovation. They were holding hands again, but this time the President looked happy. They were seated at the Captain’s table, and I managed to make my way over (notwithstanding the leers of secret service agents) and introduced myself to the President, telling him that I was a Marine that had served under him. He was very gracious, and when I asked him how he was enjoying the cruise he told me that he had been opposed to it but Barbara had insisted, and that she always knew what was best for him. She was sitting next to him, and when he made the comment they gave each other that look that can only be shared by two people who deeply love each other. I gracefully exited, and watched the President come more alive during dinner, laughing and joking and enjoying life again.

In retrospect, I’ve often thought about these brief interactions, but I was never sure why. It wasn’t until I heard that Barbara Bush had passed away that I realized the lesson I had learned – that every strong leader needs a person just as strong, if not stronger, to help support them, keep their life in order, and push them out of the nest every now and then. The interaction I had with George and Barbara Bush was during one of the most difficult times of their lives, and they faced this challenge together, hand in hand, with dignity and courage. I am lucky to have met them at that moment in their history.

2010 Chateau Faurie de Souchard St. Emilion ($44.99) – This wine is a must-have for those interested in exploring the Bordeaux region. It has an incredible plum bouquet with a rich spicy finish. It’s so drinkable, the challenge is having only one bottle available for dinner. We shared this with my partner Scott and his wife, Elena, at Kitchen A Bistro (along with a 2015 Cakebread Chardonnay, which was also delicious), pairing it with the sautéed duck breast. Truly magical!

Argyle Theatre – As a longtime supporter and patron of the arts on Long Island, I was thrilled to learn about plans for The Argyle Theatre in Babylon Village at the site of the former Bowtie Cinema. I recently had the opportunity to tour the theatre with co-owners Mark and Dylan Perlman and Sales Director Marty Rubin as construction crews hammered away to ready the venue for its May opening. Argyle will be the second year-round professional Actors’ Equity theatre on Long Island and promises to be an exciting local alternative to NYC for live, Broadway-caliber theater. Keep an eye out for our upcoming spotlight on this new Long Island destination.

#MeNeither – Thanks to all who joined us last week for our breakfast panel “Beyond #MeToo: Where We Go From Here.” I really enjoyed moderating this panel of thought leaders (Hon. Gail Prudenti of Hofstra Law, Professor Michael Kimmel of Stony Brook University, and Carol Allen of People’s Alliance Federal Credit Union) about the next steps for business in the #MeToo era. One of the most interesting takeaways from the event is that many men who hear offensive remarks made about women in the workplace don’t like those comments, but aren’t comfortable speaking out. The professor suggested that men seek out like-minded men to join forces and speak up together next time with strength in numbers. I suggested “#MeNeither” would be the appropriate hashtag for men who don’t like those offensive comments either and are committed to creating a more respectful workplace. Not sure if the hashtag will catch on, but if you missed this important event you can read highlights here.

Old Friends – Old as in long-time friends, not age, of course. We recently joined my dear friend Marc Silverstein (who has been our insurance broker for the past 12 years) and his wife, Caryn, to celebrate Marc’s birthday at Vittorios Italian Steakhouse in Amityville, where we shared “The Prisoner” wine, paired with a New York strip steak (rare-plus of course).

A Flexible Partnership – By now even my 98-year-old grandmother has heard of malware, so we were happy to welcome our friends Marty Schmitt, Kevin Edwards, and Joseph Longo of Flexible Systems to the office last week to discuss a strategic alliance to service clients in need of risk assessment and policy/procedure review when it comes to cybersecurity. While the problem of data security is well known, it’s still not well understood by many business owners who in some cases aren’t even aware of the regulations affecting them and the threats lurking around the corner. Stay tuned to hear more from Marty and Kevin about cybersecurity on CMM Live on May 29. In the meantime, if you missed our recent spotlight on all the innovation going on at Flexible, check it out here.

Sexy Salad – If you don’t think salads can be sexy, you’ve never met John Robertson of The Sexy Salad. This week I had the pleasure of checking out John’s recently expanded space in the heart of the Hauppauge Industrial Park and perusing selections ranging from the Earth Angel Salad to the Basket of Sexy Omelet Sandwiches. A longtime supporter of the HIA-LI and its workforce development efforts, John and I had an interesting discussion about the role of food in creating a modern business culture that appeals to millennial workers. Be on the lookout for our upcoming spotlight on The Sexy Salad and why John’s next batch of business cards should read “John Robertson – Millennial Keeper.”

The Hedgehog Who Came to Dinner – A four-hour dinner is the sign of great company. We enjoyed a terrific meal on Wednesday night at Ragazzi Italian Kitchen and Bar with my friend Dan Galvez, co-founder and CEO of Hedgehog Development in Holbrook, and his wife, Colette. Dan and his colleagues at Hedgehog were some of CMM’s earliest clients and it’s been a pleasure to watch them grow over the years into a leading global provider of digital solutions that bring products to life.

A Writer on Writing

How to Negotiate with North Korea

Demanding action on an American tragedy 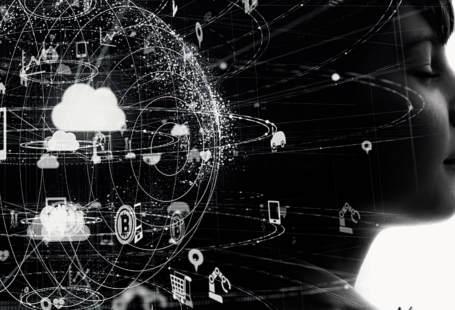