Why Can’t We Be Friends? I find the recent surge in popularity of television shows and movies about English politics and the monarchy to be well timed (I’m currently obsessed with The Crown). While many, I am sure, are intrigued by the romantic themes and glamorous lifestyles, my interest in these shows centers around how the screenwriters and directors depict the leaders of a bygone era. Will Winston Churchill be portrayed as disruptive and boorish, or as an intellectual and artist? Will King George be brave and courageous, or meek? Will his stutter be overemphasized? Will Franklin Delano Roosevelt be strong and determined? A philanderer? Disabled? Notwithstanding the editorial biases, these shows and movies all depict a slice of history that will likely never occur again: history that shows what leadership, determination, and friendship can accomplish. It is the friendship part that I watch most closely, particularly that of Churchill and FDR.

It’s a truly remarkable story, if you think about it, that 165 years after revolutionary colonists forcibly took land Great Britain had owned for nearly two centuries, declared it theirs, disavowed the monarchy, and formed a new country, that the leaders from those two countries would find themselves partnering to save the entire world for democracy. Yet that’s precisely where the sands of time led them.

I have always personally been a fan of Churchill (he ranks first on my list of dead people I would like to have dinner with, just slightly above Marilyn Monroe). I have probably read a dozen books about him, and have watched many more movies, biographies, and YouTube videos about him. But I had never really focused on FDR until last September when we took a road trip to Hyde Park, home to his private estate and Presidential Library. It was while touring these facilities that I really focused on the difficult political maneuvering Roosevelt had to accomplish at home to be able to help the Brits, and that the friendship and trust between him and Churchill, more than anything, was what united us. Churchill publicly deemed that friendship a “special relationship,” and in learning about it I became awestruck by these two great men and the alliance forged between the two countries.

Churchill and Roosevelt must be rolling in their graves as they watch what we all have allowed this world to become.

Together these two great leaders and their nations were able to save the world, not just because their interests were united, but also because they were friends. Yet today, and for quite some time, other than obligatory remarks made in speeches, no one considers our country’s relationship with England (or any other country) as friendly, let alone as a “special relationship.” Instead, all we hear are talks of tariffs, trade deficits, Brexit, trade wars, and sanctions which, while I understand are important issues, won’t help any of us out of a jam the way a friend will in our time of need. Things have gotten so bad among the countries that it is questionable if our President will be greeted with a state dinner, or just have a working dinner, when he visits the U.K. this year. How is that possible? I know many want to immediately blame President Trump, and while I don’t blame him solely for causing this breakdown, he certainly is the only one now in the position to fix it.

As we binge-watch these shows, I hope we all remember the true lesson: when united as friends, the United States and the United Kingdom cannot be conquered. And because of that, President Trump and Prime Minister May, both of whom need a friend, must respect this proven lesson and find ways to fix whatever issues stand between them personally, and the two countries. Both nations are struggling with how to deal with Russia and China, and in response we have both chosen a policy of isolationism rather than cooperation; yet policies of isolationism are exactly what permitted both world wars to occur. The world is simply too complex to go it alone, and it is time for our countries to rekindle that spark we have unfortunately let burn out, and forge an even more “special relationship.” Perhaps a first step for all of us is to watch the movie Hyde Park on Hudson this weekend, and all enjoy a good hot dog.

Jaywalking – I had a lot of laughs at the Staller Center Gala on March 3 featuring Jay Leno, stand-up comedian, car enthusiast, philanthropist and, of course, the former host of The Tonight Show. Warming up the crowd for Jay was The Doo Wop Project, an incredibly talented group of young men who recreated some of the greatest hits in American pop and rock history. (They’re guaranteed to make you wander down to 50s on 5 on SiriusXM.) Congrats to the team at the Staller Center for another terrific season!

East Hampton Weekend – For a little R&R, we spent a few days at the Mill House Inn in East Hampton. We love staying in their very private “Room 19,” which they stock with plenty of drinks and snacks, making it an introvert’s paradise. For dinner, we thoroughly enjoyed Osso Buco at the 1770 House, washed down with a 2003 Chateau Haut Segottes (a delicious French Bordeaux), and the East Hampton Grill, where we enjoyed the prime rib and rotisserie chicken accompanied by a 2013 Mi Sueño El Llano Napa Cabernet blend.

Yay, Team Day! – Often derided, team-building events can make or break the bonds of an organization. I’m happy to report that the CMM team emerged from Team Day 2018 stronger than ever. This year we combined a day of training and reflection with our anniversary dinner at Danfords in Port Jeff. Against a beautiful backdrop (and the unfortunate sounds of nearby jackhammering), we explored how far we’ve come over the past 10 years and where we want to go in our next decade. We had frank conversations about the qualities that make a leader, performed a SWOT analysis and self-assessments about where we could improve, and delved into the purpose and mission of the firm.

As we sat down to our celebratory dinner, I shared with everyone that I never set out to be managing partner of a law firm. I always envisioned myself being a “poor country lawyer,” having a house as an office and taking on cases that were destined to lose but had significant legal impact. But something happened along my journey that changed all of that, and that something, quite frankly, is the CMM team. Every day, they inspire and convince me that we can ignite meaningful change for our community. As a law firm, that is what we are supposed to be doing. Happy anniversary to my partners, Scott Middleton, Pat McCormick, and Christine Malafi, and everyone at CMM! 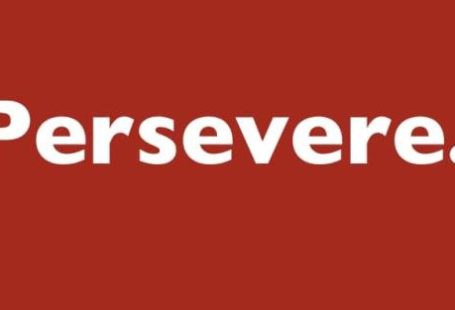 Demanding action on an American tragedy