Leadership – Question: What do President Trump, Sen. Mitch McConnell, Sen. Chuck Schumer, Rep. Paul Ryan, and Rep. Nancy Pelosi have in common? Answer: They are all in powerful leadership positions, yet none of them knows how to lead.

Not surprisingly, none of them served in any branch of the military (except for McConnell’s five-week stint in Army basic training before being discharged for a medical condition). I say “not surprisingly” for if they had, they likely would have learned a thing or two about what “leadership” means.

From day one in basic training and throughout their entire tour of duty, Marines have drilled into them the Traits of Marine Corps Leadership. I share them here today in the hopes that our “leaders” can soak up some wisdom:

Let’s explore a few of these concepts:

–         Justice – “the ability to administer a system of rewards and punishments impartially and consistently.” Our elected leadership’s definition of justice is the childish notion of finger-pointing and “they started it.”

–         Judgment – “the ability to weigh facts and possible courses of action in order to make sound decisions.” Elected leadership’s judgment? “We will create necessary facts to support our position and make the other side look bad.”

–         Tact – “the ability to deal with others in a manner that will maintain good relations and avoid offense.” Elected leadership – (intentionally left blank)

–         Bearing – “the ability to look, talk and act like a leader whether or not these manifestations indicate one’s true feelings.” Elected leadership – (again, intentionally left blank)

I am certainly not saying that you need to have served in the military to be a good leader; many, many people who have not served are amazing leaders and exhibit these and more critical leadership traits. But what I do find interesting is that if you are a Marine, and you fall short in just one of these traits, you can be punished under the Uniform Code of Military Justice for conduct unbecoming of a Marine. So why do we hold almost 2,000,000 servicemen and women in the military accountable to this standard, yet give a free pass to our 535 elected members of Congress and our President and Vice President, who are directly responsible for commanding, regulating, and funding the military?

Why should the public, in the face of total lack of leadership, have no ability to force our elected officials to act in a professional and dignified manner toward one another or else have some formal process of corrective behavior? Amazingly, both the House and Senate have Codes of Conduct that permit punishment for violations by a member whose actions toward another member are not civil, yet we never see any of these rules being discussed, let alone enforced.

Once again, blame comes down to us, the voters, who create the officials we elect. We say we want leadership, yet continue to elect people who are performers and not leaders. We say we want justice, yet we the people are guilty of blindly defending “our side” and pointing fingers at “the other side,” often without any regard for facts or data. We say we want good judgment, yet we won’t even listen to – and instead seek to mock and destroy – the hard work staffers do on a project because it was not conducted by “our side.” We say tact is important, yet we call for and encourage a “no compromise” position between the parties, and repeat horrible unfounded allegations to destroy the other side’s credibility. We say that bearing is important, yet we repeat and encourage the non-stop stream of demeaning adjectives our President puts before his opponents’ names, and “share” and “like” social media posts of Congressional members disrespecting the President at the State of the Union address. When will this madness stop?

Our country is in crisis. We have no leadership in our senior elected positions right now, and we are starving for it. My hope is that someone – anyone – sees this tremendous opening and opportunity for leadership and seizes it. My other hope is that once good people seize these opportunities, we the people actually take the time to educate ourselves independently on the issues and not act like rats who simply follow the Facebook Pied Piper. Our democracy, if not our sanity, depends on it.

Energeia Graduation – Speaking of leadership, two years ago I began my journey with the Energeia Partnership, Class of 2016. As I mentioned in a recent blog post, Energeia – named for a Greek word used to describe the demonstration of inner character in deeds – is a leadership academy focused on identifying and addressing the issues that challenge Long Island. Each “class” of Long Island leaders participates in a two-year academy based at Molloy College featuring a series of programs, each focusing on a particular issue impacting our region.

When I started with Energeia, I wasn’t sure what to expect. But I soon found myself exploring and becoming educated on the challenges facing Long Island, and the program vastly improved my perspective on key issues such as education, racism, energy, healthcare, and transportation. It was a terrific beginning down a path designed to help Long Island leaders become more thoughtful about different perspectives before making decisions that impact people and society at large.

This past Wednesday night, my 23 fellow class members and I celebrated our Energeia graduation with a lovely ceremony, dinner, and dancing. Kudos to my fellow graduates, all of whom are the leaders who will help Long Island fight its challenges head-on:

Weird Science – I recently posted about becoming the National Chair of the Advisory Board for the Tesla Science Center at Wardenclyffe, home to the only remaining lab where Nikola Tesla (the inventor of alternating current electricity and neon lighting) conducted research. The Shoreham facility is being developed into a science-focused Center, housing both a museum about Long Island’s rich scientific opportunities past, present, and future, and a business incubator for fledgling companies engaged in scientific research.

This week I had a productive follow-up meeting with Tesla Executive Director (and my CMM colleague) Marc Alessi, Tesla President Jane Alcorn, and Marc Saffren of M3 Development to discuss how we’re going to get a shovel in the ground this year! We’re planning a fall gala and building an Advisory Council of Long Island’s best of the best who can advise the organization on contracting, building, budgeting, and more. I will continue to give you updates on this exciting project!

Reflections on another tragic shooting and protecting our children 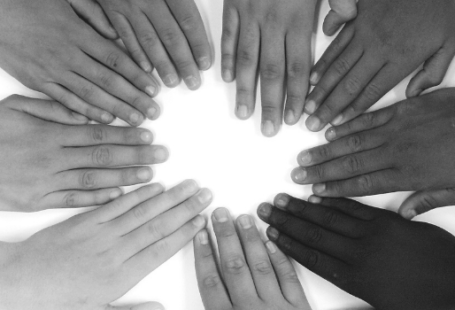